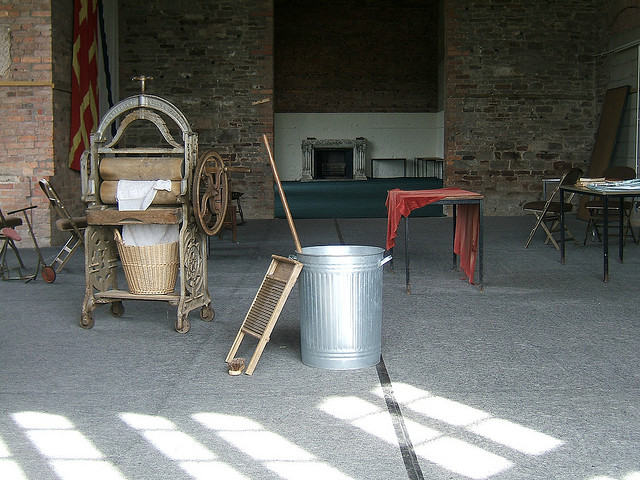 Of course you know that people in the past did their laundry by hand. In fact to this day, some people still do hand washing because not every family can afford to buy a washing machine.

In the distant past, people pounded laundry against rocks to clean clothes especially heavy fabrics or they rubbed dirty jeans and the like against sands. That must be where a popular jeans brand got its sand-washed, stone-washed jeans style that became a fashion hit.

Perhaps it was the growth brought about by the industrial revolution in the 1800’s that introduced the machines built to take over in doing the heavy task of washing clothes but not as we know them now.

The scrub board was reportedly used in the late 1700’s and it is considered to be the first every washing machine. However, the first washer that had the exclusive rights to use a drum in the United States was the James King edition in the mid 1800’s. Although still hand-powered at the time it came out, the looks of new editions of the famous laundry machine is said to have been patterned after it.

If people were freed from how they washed clothes the hard way in the 1700’s, it wasn’t until H. E. Smith advanced the technology with the invention of the rotary washer in the late 1850’s.

The first edition featured a hand-turned, axis-assisted perforated cylinder that forced the water through the laundry within, in the process cleaning lightly soiled clothes.

This was a more advanced, larger version that took care of heavier dirt on clothes such as those worn by mine workers.

With the same operating standard, the action was now motor-propelled and with serious need to wash tested fabrics, many textile manufacturers adopted the use of the motorized washer.

As for the first washing machine designed for home use, it may have well been the birthday present William Blackstone created for his wife in 1874. 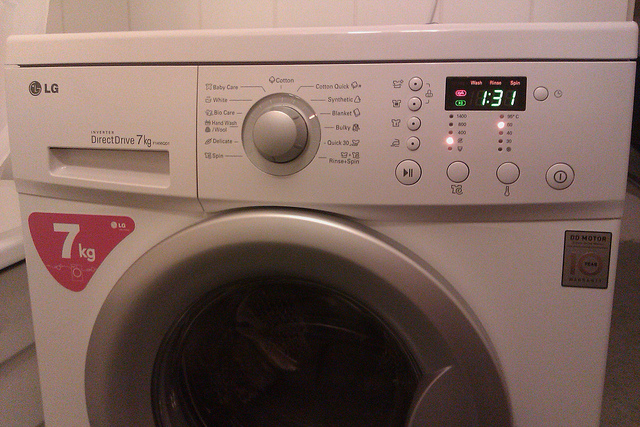 In 1908, The Thor washing machine, the first electric-powered washer was introduced in Chicago, IL. Designed and created by A. J. Fisher for Hurley Machine Co., other than its electric motor, it also featured a galvanized tub.

It clearly shows that this laundry equipment has already been around a long time but its full automation happened only in the 1940’s. It was another 12 to 14 years later before the washer/dryer combo would be created by General Electric after the company has perfected full automation.

Today, thanks to the advancement of technology, many types of equipment made to make life or production easier improved further for maximum functionality, usefulness, worth and value for money. What used to be separate features of a washer and a dryer may now be found and be used to fullest potential in combos.  It is not a surprise that their popularity is spreading not only in the United States and Europe but also in many parts of the world.

Jenie is a self-proclaimed super mom of 6 who has been waiting for that elusive chance to become a multi-billionaire in whatever monetary unit and thus stalks people who might be in possession of the winning lottery number combination. A former regular employee who worked 8 to 10 hours a day, 6 days a week, she now enjoys more time with her kids working online and home-based. She cooks, does the laundry, cleans the home, iron, does handicrafts on the side and wonders whoever coined the word multi-tasking. She enjoys putting into written words things that she discovers about life based on experience, observation and research.

Are you in a time where you find yourself thinking about which is the best combo unit on the market [...]