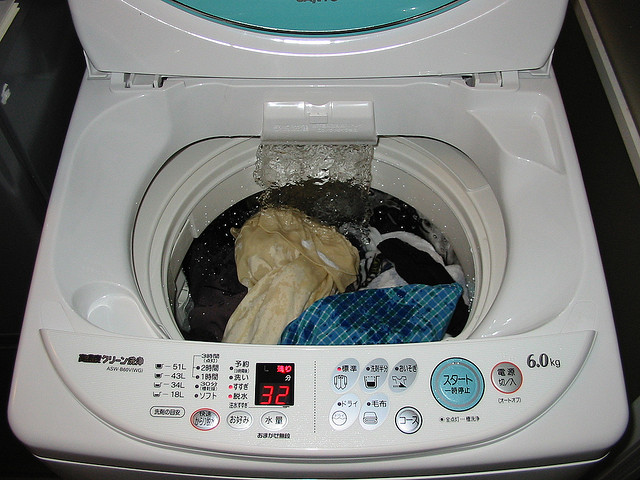 Water is not only a universal solvent. It is life’s elixir used in almost everything in life including washing machines! But the problem of scarcity is becoming more and more a major concern in many parts of the world.

Despite the scarcity issue though, the fact that water is the primary need and the most consumed element, the washer can’t go without it. Especially among busy people, this laundry appliance has become a foreseeable help.

The questions now are:

Washing machine manufacturers are aware of the problem with regard to water and how much washers consume. It is for this reason that they have taken measures to develop a technology to minimize these machines’ water consumption.

The start of something big…

Waterless washing machine could be the next big thing but what led manufacturers to buy the idea started from a study conducted in a university. Researchers were able to develop a machine that uses very minimal water said to be at only two percent.

The technology is not completely waterless as the clothes need to be damp so that the beads can stick to them. Making the clothes damp does not require so much water.

The observation in the prototypes also showed efficient stain removal and that less damage is seen on clothes even after several washings. Another economic advantage of the waterless washer is that the beads may be recycled up to about a hundred times.

No doubt that waterless or nearly waterless cleaning system could be the best innovation in washing machines in 60 years. This will positively impact people from all over the world and water scarcity will never be a concern when cleaning clothes with the use of this laundry aid.

The superior technology behind the waterless clothes cleaning system is said to have been introduced in the market by the company from UK who has a patent for it. The launch in the US and probably the rest of the world is anticipated within the year.

Jenie is a self-proclaimed super mom of 6 who has been waiting for that elusive chance to become a multi-billionaire in whatever monetary unit and thus stalks people who might be in possession of the winning lottery number combination. A former regular employee who worked 8 to 10 hours a day, 6 days a week, she now enjoys more time with her kids working online and home-based. She cooks, does the laundry, cleans the home, iron, does handicrafts on the side and wonders whoever coined the word multi-tasking. She enjoys putting into written words things that she discovers about life based on experience, observation and research.

Are you in a time where you find yourself thinking about which is the best combo unit on the market [...]